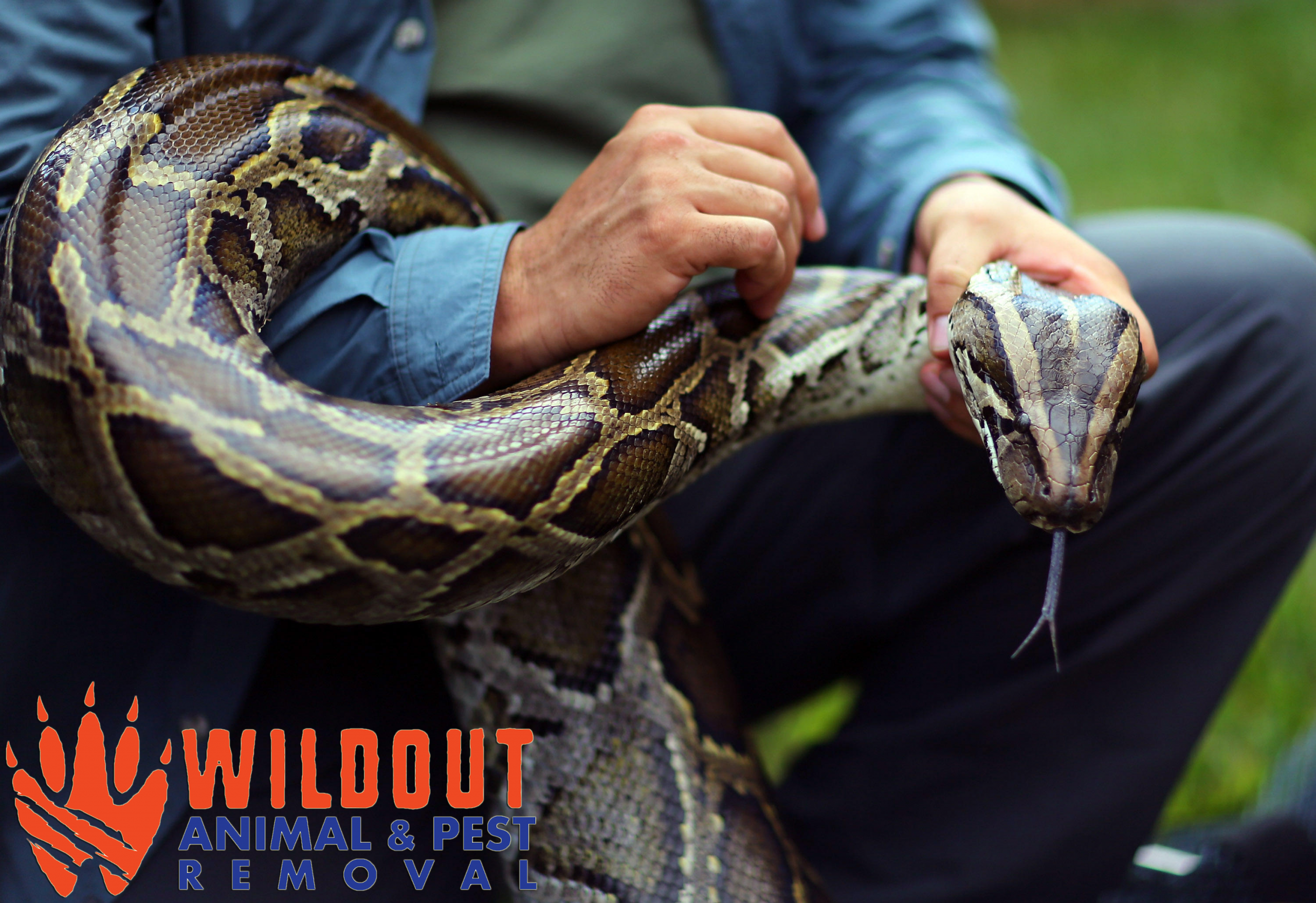 Earlier this month in Florida, a large Burmese python was captured in the Everglades. The big reptile is 18.9 feet long and weighed in at 104 pounds which set a state record.

Snakes have been an issue in the Everglades for years and they can be dangerous, but one this size can be lethal. Burmese pythons are credited with killing a lot of Florida’s wildlife. They are one of the largest species in the world and really don’t have any natural predators. Since they will eat just about anything, that is what makes them so dangerous. It is strongly believed that Burmese pythons are a huge issue in the Everglades due to people releasing them as their pets.

Living in Florida allows ample opportunity to run into a snake and therefore, it’s important to know what to do when that happens. Snakes are one of the most feared animals for people. Not only because of how they look but also because they pack a very powerful bite. Even for snakes that are non-venomous, they still tend to scare people. The average person doesn’t know a venomous snake from a non-venomous one.

If you have found snakes in or around your yard, Wildout Animal and Pest Removal can take care of the reptile for you. Wildout can provide you with a free thorough inspection so that they can find out what type of snake you have on your property. They will take a generous amount of time to make sure that there are no other snakes on your property while also closing up areas where snakes can hide away in. After which, they will spend extra time to make sure that you are not harboring snake food unknowingly. Snakes will and do come onto property for a lot of different food. Lastly, Wildout will go the distance and creates measures to decrease the risk of a snake returning to your yard.
Give them a call today to find out how your property can be snake-free so you can go on enjoying your yard. Call: 844-945-3688