How to Identify Stinging Insects Based on Their Nests 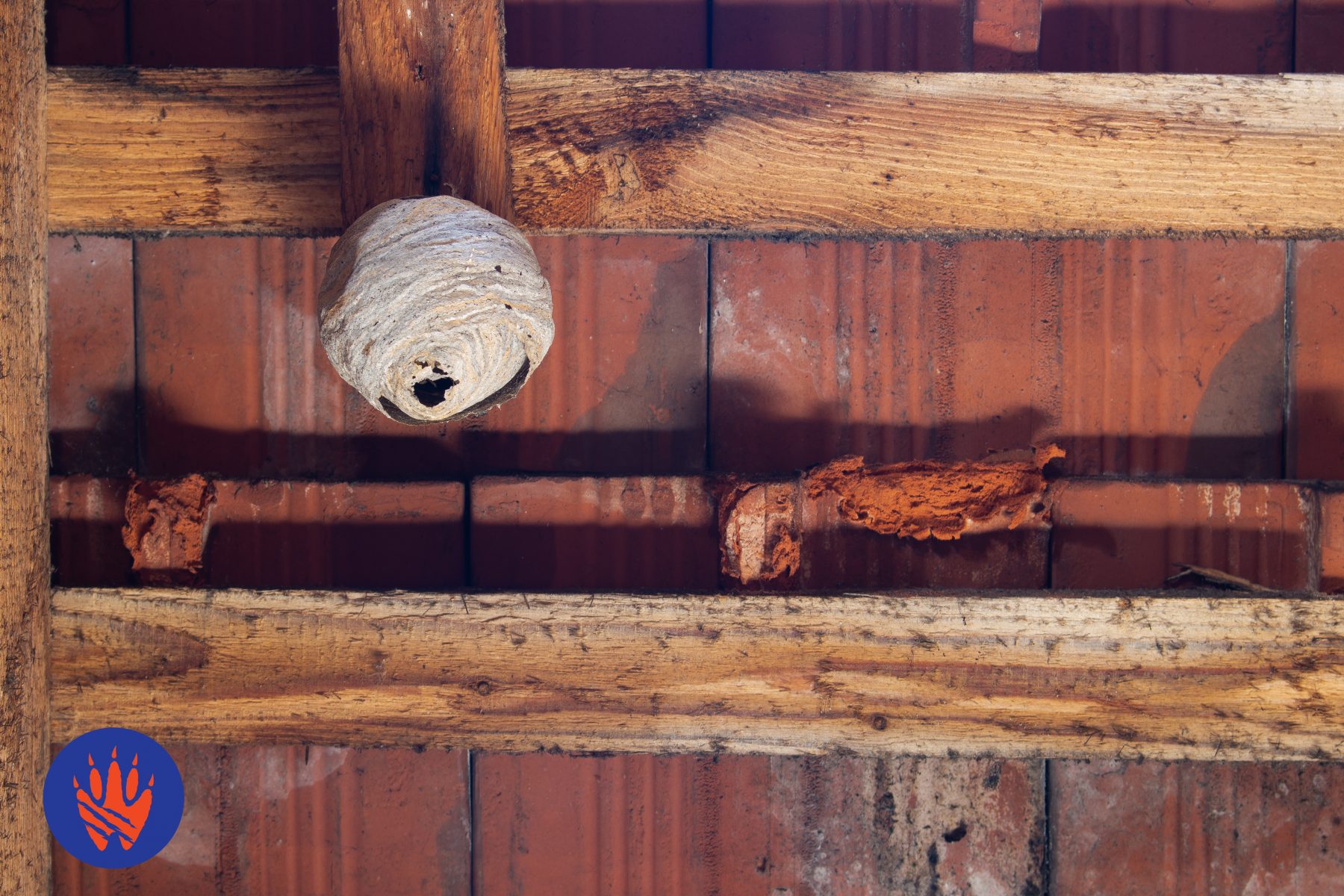 It is that time of year again, the spring and summer months always bring in a lot of stinging insects. Bees, wasps and hornets are a dime a dozen and what’s worse is that they tend to build nests in and around homes.

All of these insects are important pollinators within the environment so it’s not beneficial for anyone if they are killed. However, since they can build decent size nests around properties and residences and do pose a health risk, it is important to have them removed.

Most stinging insects can be defined by their appearance alone, but sometimes all you have to look at is an empty nest. There is no way to know if a nest has been truly abandoned without getting up and close and personal with it. At which point, a stinging insect is given the perfect opportunity to defend it’s nest. So whether the nest is empty or active, there are few ways to find out what sort of stinging insects you are dealing with.

Yellowjackets: These winged insects have a yellow and black head with a striped body, they are much like a longer, larger bee.  A yellowjackets nest can have up to 4,000 workers and are typically active in the late summer and early autumn months. They feed on sweets and protein so they can be found flying around outdoor events. Their stinger has the ability to sting multiple times and they are very territorial, so they will sting if they feel threatened.

Their paper carton nests are built from chewed up cellulose and can be found above and below ground. Nests found above ground are usually in attics, inside building wall voids or under eaves. While underground nests are usually difficult to see and find.

Hornets: Hornets are usually seen as a combination of a wasp and a bee. They are typically black with a white head and they live in colonies that contain 100-400 members. This winged insect is more active during the day and in the late summer. Unlike most stinging insects however, they will not use the same nest from season to season. For each new season, a new colony will build a new nest.

Their paper nests are built at least 3 feet off the ground and are usually found in overhangs, shrubs, sheds or trees. Their nests are generally 14 inches wide and 24 inches long. Unlike other stinging insect nests that are open and cone-shaped, hornets nests are enclosed. Hornets are aggressive and will attack if they feel their nest is being threatened.

Paper Wasps: Paper wasps are named from the paper-like material they use to build their nests. They are also referred to as umbrella wasps because of the shape they build their nests in. Typically, they live in small colonies and sustain off of nectar, caterpillars and flies. They are usually seen in the springtime and most often resemble the body shape of a yellowjacket and they are brown.

Their nests are most often seen hanging on objects like trees or porch ceilings, etc. The nest is umbrella-shaped and hangs upside down and has open cells where wasps lay eggs. Paper wasps are usually naturally aggressive, but they can still sting if they feel their nest is being threatened.

Mud Daubers: Mud daubers are usually black and yellow and tend to live a lonely life. They feed off of honeydew, spiders and nectar.

Their nest is created out of mud, which is where their name is derived from. They build their nests in sheltered places such as under eaves or underneath porch ceilings but they can be found in sheds, garages or attics. Mud daubers usually only sting, if they are being provoked. They are very docile winged insects.

Honey Bees: Honey bees are small black and yellow insects that spend their time pollinating and making honey. They are extremely beneficial to the ecosystem.

Their nests are made from wax that is secreted from the glands in their abdomens. Their nest is connected by interlocking hexagonal cells that are made from this wax. For this wax to be created, a worker bee eats honey and then converts the sugar inside their body. One nest can be made up of 100,000 individual cells. Hives can be very dangerous so it’s important to steer clear of them and ask a professional to help you to remove the hive.
Are you seeing some nests in your yard? Wildout Animal and Pest Control uses a three-step method to get rid of stinging insects for you.Contact us today: 844-WILDOUT