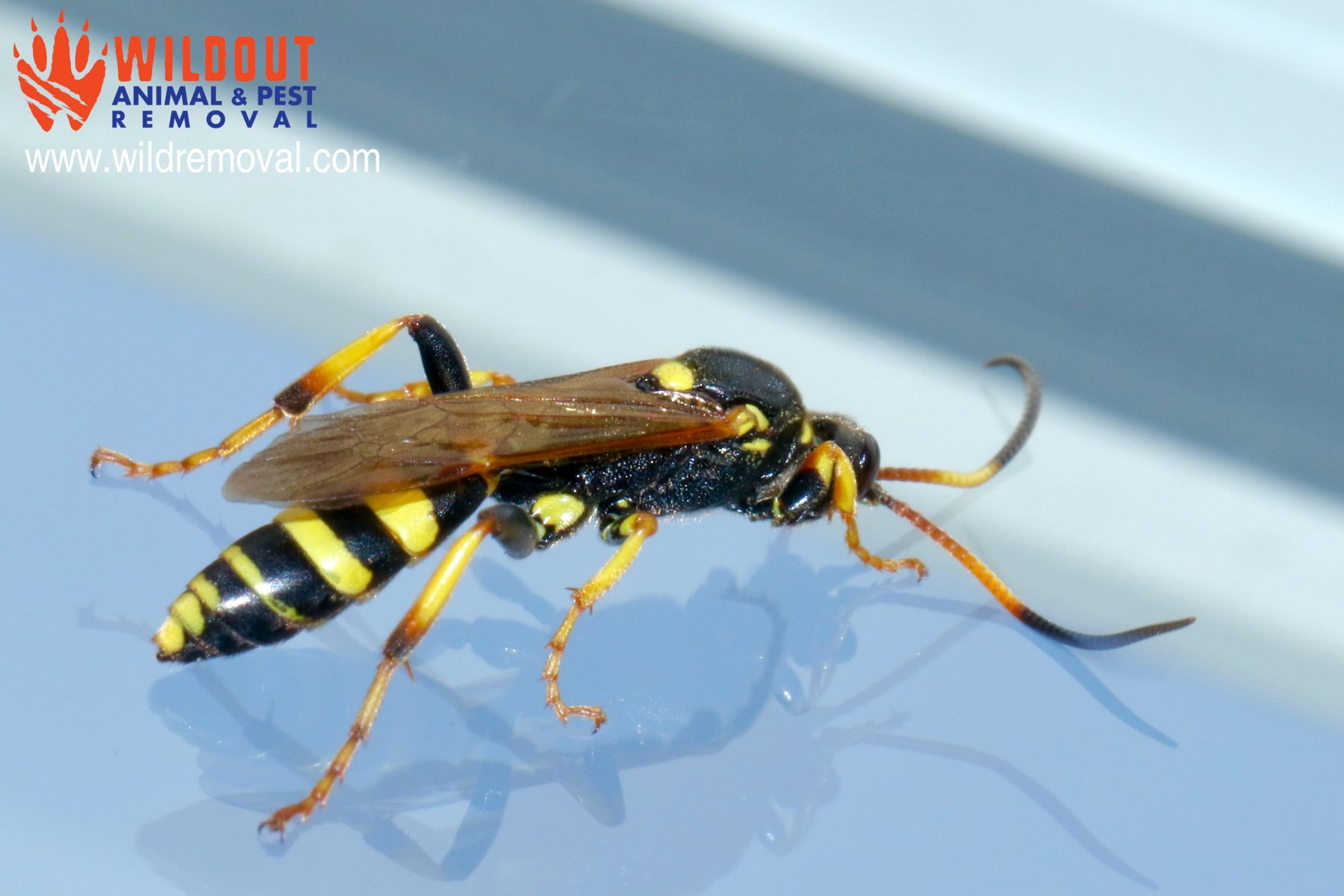 Fall is right around the corner and while most insects like to take the time to hibernate, some insects use fall as their prime season.

Wasps include a lot of different insect species, but typically when you hear the word wasp, you start to think about flying insects that have yellow and black markings and a narrow waist. It is their long, narrow body that really separates them from bees for most people.

Have you noticed wasps in or around your home? Most often, wasps do not bother people as long as they do not feel threatened. In fact, they are very interesting to watch as they create their nests, lay their eggs and work hard at maintaining it all. However, if you just really do not want wasps hanging around your yard, call Wildout Animal and Pest Removal to get rid of them for you. Wildout can provide you with a free and through inspection of your home or business to find out where the wasps are building their nests. Not only can they remove wasps from your yard, they will take measures to lessen the chance of them returning.
Just give them a call today! 844-945-3688